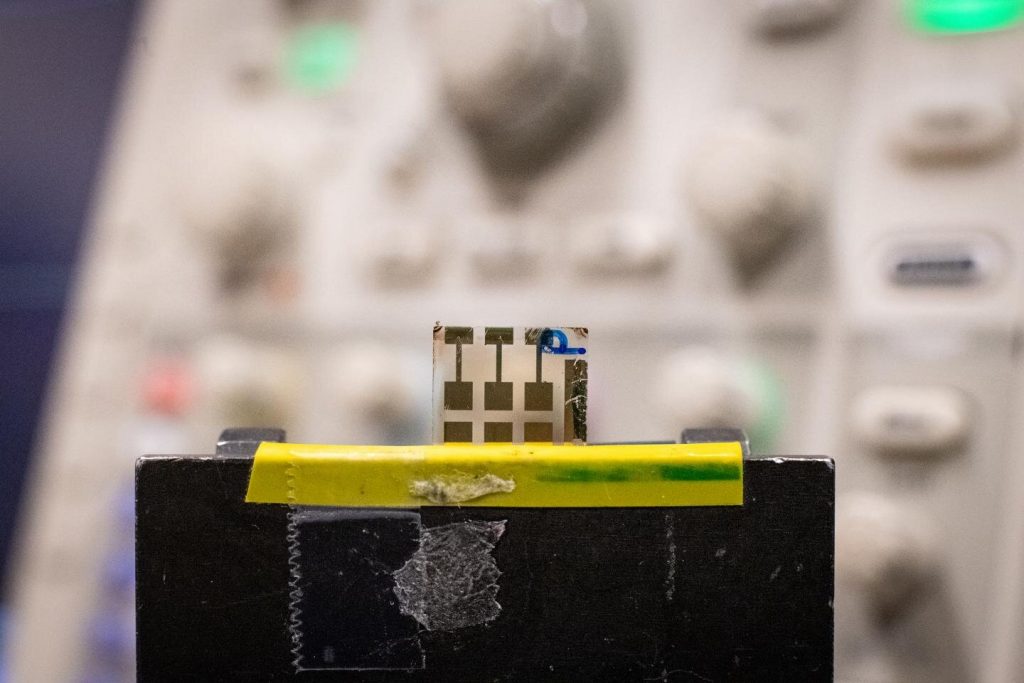 The tiny unit that can both receive and transmit optical signals. Credit: Magnus Johansson

Researchers at Linköping University, together with colleagues in China, have developed a tiny unit that is both an optical transmitter and a receiver. “This is highly significant for the miniaturisation of optoelectronic systems,” says LiU professor Feng Gao.

Chunxiong Bao, postdoc at Linköping University, types in a sentence on a computer screen, and the same sentence immediately appears on the neighbouring screen, optically transferred from one diode to another. The diode is made from perovskite, one of a large family of materials defined by their special crystal structure.

Perovskites consist of metal and halogen and have proved to be versatile semiconductors that are easy and cheap to manufacture. They also have the useful property of both detecting and emitting light. Researchers at Linköping University, together with colleagues in China, have now developed a diode that can be directed in two directions: it can receive optical signals and it can just as easily transmit them. This means that text and photographs can be wirelessly transmitted from one unit to the other and back again, using two identical units. And so rapidly that we experience it as happening in real time. 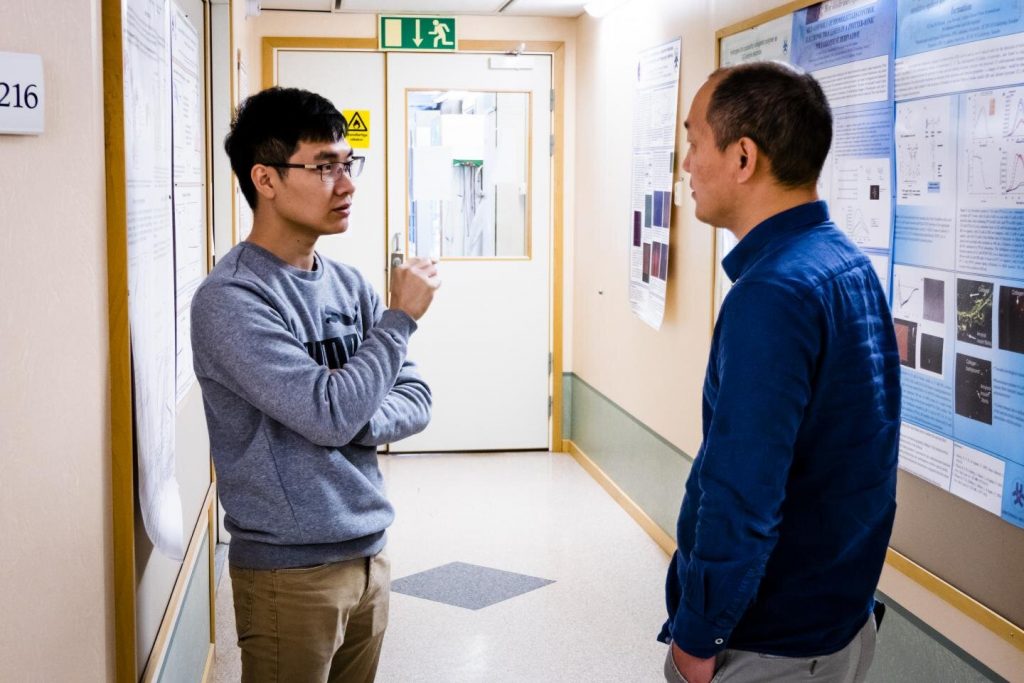 All optical communication requires rapid and reliable photodetectors—devices that capture light and convert it into an electrical signal. Current optical communication systems use photodetectors made from materials such as silicon and indium gallium arsenide. These are, however, expensive and they cannot be used in applications that require low weight, flexibility, or large surfaces.

“In order to demonstrate the potential of our diode with double function, we have built a monolithic sensor that detects heart beats in real time, and an optical, bidirectional communication system,” says Chunxiong Bao, researcher in the Division of Biomolecular and Organic Electronics.

This tiny unit that can both receive and transmit optical signals provides a unique opportunity to simplify and shrink the functionality of the current optical systems, in particular given that it can also be integrated with traditional electronic circuits.

“We have managed to integrate optical signal transmission and reception into one circuit, something that makes it possible to transmit optical signals in both directions between two identical circuits. This is valuable in the field of miniaturised and integrated optoelectronics,” says Feng Gao, professor and head of research at the Division of Biomolecular and Organic Electronics.

The results have been published in Nature Electronics.